In a separate transaction Trafigura returned for the fourth time to the Japanese domestic syndicated bank loan market and raised JPY72.64 billion (USD682 million equivalent) via a three-year term loan (“Samurai Loan”), which saw a 23 percent increase compared to the size of the company’s previous Samurai Loan which raised JPY 58.86bn in 2016. Nineteen Japanese financial institutions supported the Samurai Loan, demonstrating the continued interest of domestic lenders in Trafigura’s credit.  Three new institutions joined the syndicate, while the majority of existing lenders continued to participate and increased the amount invested. This transaction refinances the 2016 Samurai Loan and will also be used for general corporate purposes.

Christophe Salmon, Chief Financial Officer for Trafigura, commented: “We simultaneously re-financed two core credit facilities of the Group and this was achieved at tighter pricing levels and with the support of a larger and more diverse bank group.  We have demonstrated year after year that we are able to deliver profitable and sustained growth. We are grateful for the support that the banking community has shown to Trafigura once again and we are pleased to welcome new banks to the facilities.”

Founded in 1993, Trafigura is one of the largest physical commodities trading groups in the world. Trafigura sources, stores, transports and delivers a range of raw materials (including oil and refined products and metals and minerals) to clients around the world. The trading business is supported by industrial and financial assets, including 49.6 percent owned global oil products storage and distribution company Puma Energy; global terminals, warehousing and logistics operator Impala Terminals; Trafigura's Mining Group; and Galena Asset Management. The Company is owned by around 600 of its 3,935 employees who work in 62 offices in 35 countries around the world. Trafigura has achieved substantial growth over recent years, growing revenue from USD12 billion in 2003 to USD136.4 billion in 2017. The Group has been connecting its customers to the global economy for more than two decades, growing prosperity by advancing trade. Visit: www.trafigura.com

Banks participating in the ERCF: 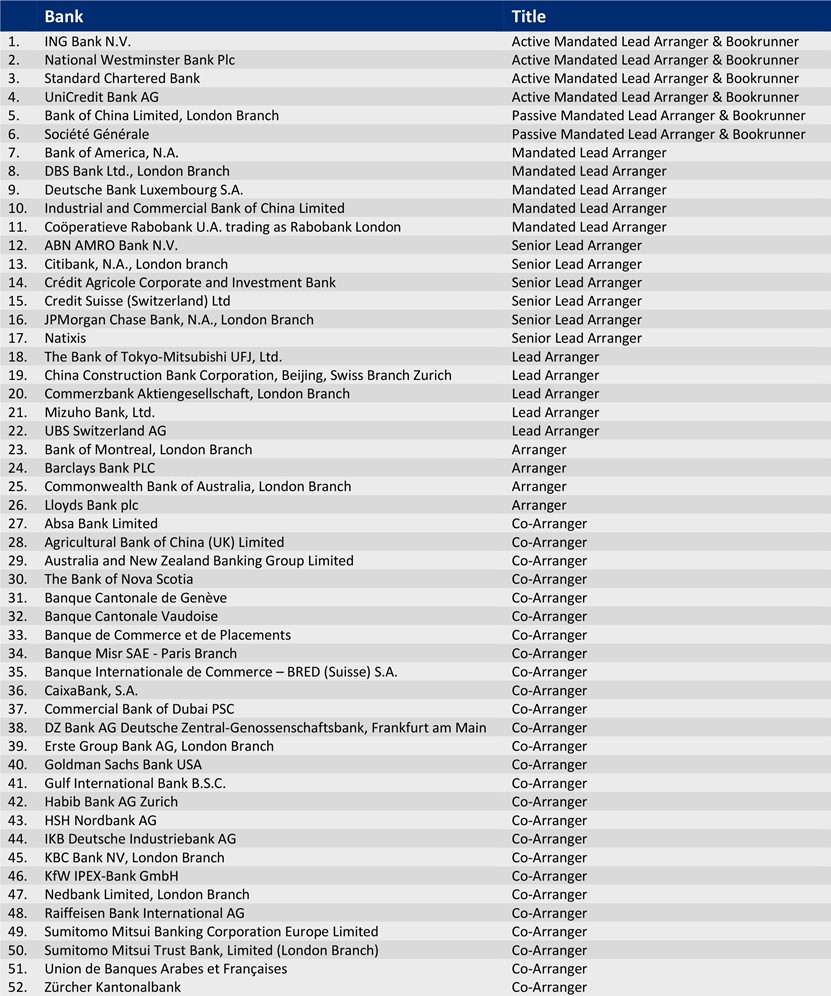