The 364-day RCF will be used to refinance the maturing USD1.91 billion 364-day tranche of the Company’s existing USD5.1 billion facility dated 24th March 2016, as well as for general corporate purposes.

Christophe Salmon, Chief Financial Officer for Trafigura, commented: “We have re-financed the facility at pricing levels in line with 2016 and with a larger and more diverse bank group.  We are grateful for the support that the banking community has shown to Trafigura once again and we are pleased to welcome new banks to both the 1-year refinanced facility and the 3-year extended facility.” 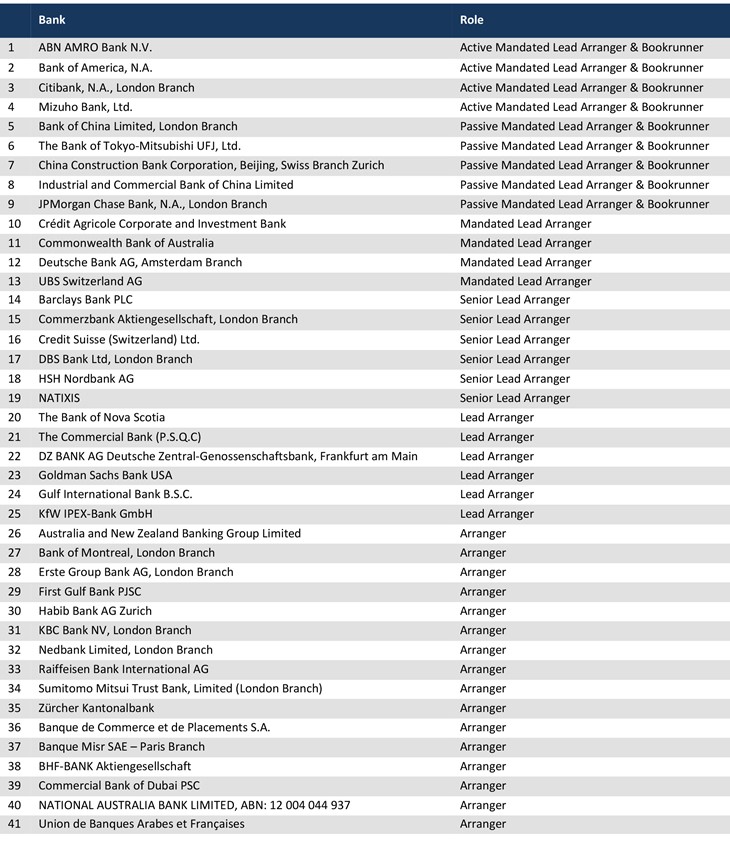