OpenOil on the benefits of enhanced transparency

OpenOil is a consultancy based in Berlin providing financial analysis of natural resources for public policy. It hosts the largest library of investmentgrade financial modelling for oil, gas and mining projects on the Internet. Clients include governments, international development banks, the UN, bilateral development agencies, and think tanks.

Commodity Trading – a promising start Commodity trading has made it onto the transparency agenda. This in itself is a  considerable achievement, with the adoption of trading into the Extractive Industries Transparency Initiative over the past couple of years. But if it is to contribute to public understanding of the oil and mining industries, which is the ultimate goal of transparency, there is a long way to go.

Trading information is vital because valuation of commodities is an essential part of figuring out the project economics of natural resources. In order to ascertain whether a government is securing a fair share of profits from the resources it owns, we need to calculate production, revenues, profits before and after taxes, an investor’s rate of return and the ‘government take’.

For a long time, it was assumed among activists that price was the most straightforward component of the picture, and so a lot of attention was focused on the pure upstream – the actual sums paid to government by producers and the licences and contracts that governed them. The general thinking was: if you need the price of gold, why not  just look it up on the London Metal Exchange? Or Brent crude on the London market? Only over time, thanks largely to the EITI move into the area, did the realisation dawn that price – or valuation – can be complex.

First, because both oil and mining can be highly vertically integrated, producing companies are often selling to their own affiliates. It has been estimated that less than half of all trade crossing international borders every day is between pure third parties with arms-length pricing. Second, even in markets which are extensively traded, such as crude oil, the role of benchmarks is often misunderstood. Of the roughly 1,200 grades of crude oil that are sold around the world, only a dozen or so are themselves benchmarks with prices easily available. The others are all priced at premium or discount to them, with those differentials varying day by day as demand for the underlying slate of finished products shifts. Third, not all commodities have thick spot markets with benchmark prices. Mineral sands and rare earths, coal, and arguably even natural gas lack a single global market which provides a like-for-like comparison. Bulk commodities such as iron ore or copper are also hard to evaluate if, as in many producing countries, some form of intermediate commodity is exported for further processing rather than a finished sellable product.

Finally, because the economics of mining and oil are dominated by  high fixed investment up front, and the need to strike deals to recover those costs early in the life of the project, relatively small  differences in valuation can have outsized impact on both investor return and government take. In one case in Chad, for example, an uncertainty over whether a particular grade of crude should be valued at a 5 percent or a 9 percent discount to Brent created a USD200 million gap in estimates of revenues to government, and impacted the investor return considerably.

The EITI work on commodity trading has served to bring all these factors into public awareness. In the first report from Indonesia, for example, activists were highly sceptical when data from the LNG terminal in Tanguhh revealed shipments leaving, on the same day, for three different destinations with price differentials of 150 percent. But in fact this served as an opportunity to educate the public about the way LNG markets work, with most sales agreed up front through term contracts that can last for decades, and highly regionalised markets. This then started a discussion about Indonesia’s own internal gas market, where, unlike liquid products which are highly standardised by a quasi-state monopoly, prices for piped gas can also vary by over 100 percent from one part of Jakarta to another. But there again, it turned out that other factors were at work than ‘skulduggery’: the gas market had been chaotically liberalised, leading to many intermediaries owning or controlling pieces of the infrastructure, and transit fees which varied drastically from each other. What started as a discussion about corruption evolved into a policy debate about regulation of the market.

EITI has begun with the so-called ‘First Trades’ of stateowned companies – those cases where parastatals are entrusted with selling the share of commodities produced in partnership with upstream international companies. This has brought some sprawling staterun business empires, such as the Nigerian National Petroleum Corporation (NNPC) or Pertamina in Indonesia, under some form of public scrutiny for the first time. But to accomplish the mission – to provide data which enables investment-grade analysis in the public space – the initiative needs to be expanded in a number of ways.

In trading specifically, there will be the strong instinct that revealing prices and valuations wholesale is commercially sensitive. There are two answers to this. The first is a technical one: the time scales needed for commercial edge, and public accountability, are different and compatible. Markets move so dynamically that information on trades that are 12 months old is rarely going to be sensitive today – certainly not in some way which is unique and goes beyond the competitor analysis all major players already run.

But the second answer is perhaps the more important one: although the best actors in the private sector realise that transparency is part of business, the full logic in the natural resource area is often buried beneath the detail. The simple fact is that all over the world sub-soil resources are public goods, legally. This therefore means that the government is the manager for a public who in a very real sense are themselves investors. The agenda of providing enough data – and the economic analysis to run on top of it – is therefore about nothing more (or less) revolutionary than providing full disclosure to the largest group of shareholders. 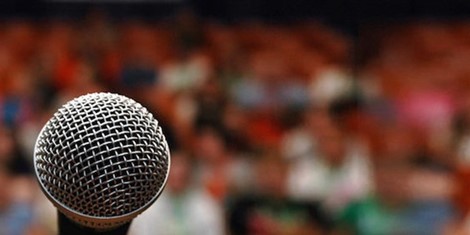