Surviving and thriving in the era of shipping decarbonisation 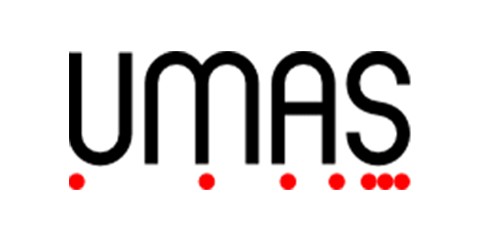 UMAS is a sector focussed, commercial advisory service that draws upon the world leading research of the UCL Shipping Team combined with the advisory and management system expertise of MATRANS.

The 2020’s are predicted to be a tough decade in international shipping. The sector is composed of assets which have lifespans measured in decades, but is exposed to decarbonisation related forces that can be expected to induce major changes during this decade and next, and which many will find it hard to adapt to without preparation.

Although disruption is expected, the specifics of what form this takes are likely to remain uncertain and unpredictable, at least for the first half of this decade. Two interrelated questions summarise the commercial dilemmas faced across the value chains:

The brutal impacts of laws of physics on business

Many of the forces of change, both political and commercial, are malleable. They adapt and reprioritise in response to a complex set of interactions. Meanwhile, the laws of physics are not malleable. Global temperatures will continue to rise and by the end of this decade, it is not unlikely that we will be pushing 1.5 degrees above pre-industrial levels. Therefore, much of the total emissions this decade are already ‘baked in’, and there is a rather predictable relationship between cumulated GHG emissions and temperature rise. Above 1.5 degrees, changes will be experienced far in excess of those most of us can (or will be able to) imagine. For example, this is the Intergovernmental Panel on Climate Change (IPCC) temperature threshold at which estimates that 98 percent of sea corals will cease to exist.

As the impacts of this decade’s inexorable temperature increase continue, and as the costs of different sectors’ decarbonisation pathways clarify and reduce, we can expect political forces to increasingly take action (at least on average, even if there continue to be some populist counter-trend examples).

This is not a problem that will go away, it only gets worse over time in severity (e.g. the temperature rises, political pressure increases), and also in remedy (the timescales of transitions shorten). Starting a transition in 2020 that needs to complete by 2050 gives us three decades to manage change. But delaying the transition for another decade means a greater rate of cumulative emissions growth and it means the transition needs to be completed sooner (e.g. early 2040s), as well as starting later: maybe 10-15 years later. The physics mean transitions are squeezed at both ends.

Society and governments will inevitably have to deal with some extreme and severe consequences if they fail to act on climate change. However, as belated action kicks in, and societal consequences of inaction increase, the commercial world will be expected to ‘turn on a dime’ to exit the fossil era. These are generalised remarks, but worth considering in greater detail for the specific case of the international shipping ‘system’ and those who operate in it.

2023/4 is emerging as a key point in this decade, when major engine manufacturers expect they might have in-service results on large deep sea machinery solutions. Without these results and the operational and practical experience that will be gained around putting a new fuel and machinery solution to work in the marine environment, it will be hard to settle the current ongoing discussions on fuels. In the meantime, the sector has to work with a consensus ammonia ‘hypothesis’ (that ammonia is, on paper at least, the most cost-effective deep sea zero-carbon fuel), and continue to look out for black swans (the technoeconomics of Direct Air Capture, the sustainable bioenergy supply and demand dynamic).

Even after technology preference between current candidate fuels and machineries is clear, it will remain unclear what the timescales for the development of highvolume availability and price competitiveness will be. This is partly because the contingent parts of the energy system will be evolving in parallel, and also because the regulatory drivers could stimulate demand for high volume supply may remain uncertain. We estimated in a recent analysis that approximately USD300-400 billion of investment will need to be committed to shipping’s zero-carbon energy supply/infrastructure by 2030 for the sector to be on track for a proportionate response to the Paris Agreement temperature goals. This is not impossible, but it is difficult to have confidence in the outcome until very late in the decade if at all.

Timescales for key IMO decision points are harder to estimate. There are at least four threads of debate which are of importance to shipping’s transition:

Besides these key threads, there are many other decisions that IMO’s Marine Environment Protection Committee (MEPC) will need to complete in the next five years. This explains why the debate which many focus on as the one they think IMO should just get on with now (the mid/long term measure), is going to take some time to come around, let alone conclude. There is a basic policy-making bandwidth issue due to the structure of meetings and working groups at the IMO. The main venue for decision making is a Marine Environment Protection Committee meeting which happens approximately every nine months. Whilst there can be working meetings between these meetings there are limits to what is practical that make it hard for the IMO to work in parallel on different policy options or debates related to GHG. And then there is the consideration of how IMO makes policy. Policies are often made initially without the stringency that may be necessary, and then increased in stringency at a future date. So the date at which an IMO policy is adopted may only be part of the signal for a business case to invest and some risk may still need to be taken in the industry. The initial strategy is a case in point. It was adopted in 2018 but with the revised strategy in 2023 built in. Short-term and mid/long-term policy measures can also be expected to have ‘experience building’ phases before they enter with the force that the market might hope they apply to fully manage their climate risks.

The tension that can be foreseen is an increasing frustration at the lack of clear IMO policy to justify an investment business case for zero-carbon solutions, alongside multiple forces acting to make status quo operation increasingly difficult. Some regional (e.g. EU) and national action forces could be a significant positive, especially if this helps to take the sector through the initial ‘emergent’ phase for its new technologies e.g. through subsidy or guarantee of early adopters and the land-side energy supply chain components of shipping’s decarbonisation. But national and regional regulation can only have geographically limited impact on a sector with highly mobile and global operation.

The emergence first of Poseidon Principles and now of the Sea Cargo Charter could at least create more globally coherent forces that impact on operations regardless of where they occur. They do not immediately have the potential to produce the types of subsidy or guarantee that could make a business case work overnight to accelerate zero-carbon fuels. However, they can signal market demand to the suppliers of zero-carbon fuels from these early adopters and fast followers. And because these initiatives are built on clear future trajectories, they can ensure that the fleet is built to be “zero ready”, and reduce the risk that a sudden breakthrough is unable to be reacted to because the fleet is still locked into the fossil fuel era.

These arguments suggest that a company will need to be nimble and informed to survive the 2020’s, but also that there are opportunities. Positioning strongly in an increasingly climate-conscious community can create good potential to gain market share today, as well as being in a pole position as the timing of decision points and transition clarifies. The following four actions can help: 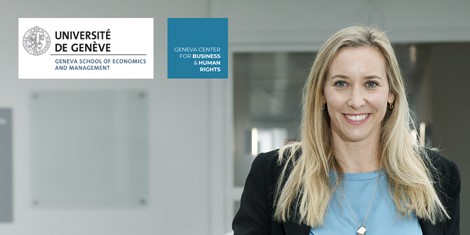 Time for a carbon levy on shipping fuel 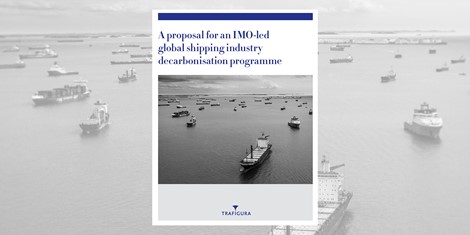 A proposal for an IMO-led global shipping industry decarbonisation programme