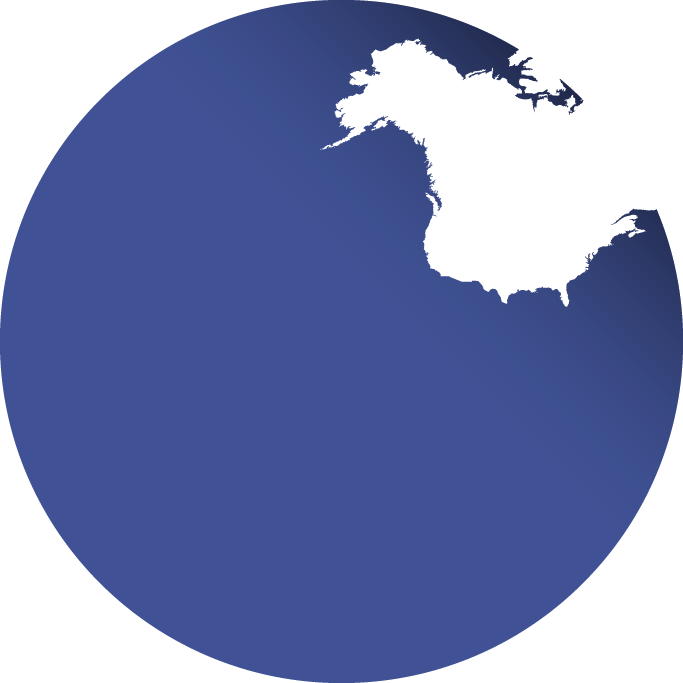 Spotlight on Trafigura in the United States

Trafigura is among the largest and most active trading houses in the United States. We hold large positions in New York Harbor, the U.S. Gulf Coast, and the Midwest - across many different product desks.

Many of our locations have significant blending and staging operations that we use to address specifications demanded in international markets.

Our long-term investments in infrastructure and expertise in logistics has enabled us to become an engine for U.S. exports. 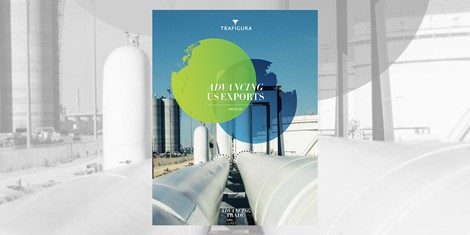 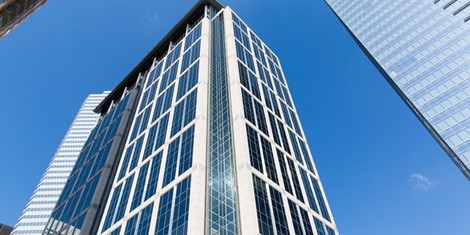 An office in Houston, Texas, Trafigura Trading LLC has a strong and growing presence in the U.S. Our long-term investments in infrastructure and expertise in logistics has enabled us to become an engine for U.S. exports.

Trafigura has established a unique market position in the United States, currently one of the most dynamic regions in the global hydrocarbons industry. With upstream crude, natural gas liquids (NGLs), and natural gas production booming over the past five years on the back of higher commodity prices, the infrastructure to transport, store, blend, process and market these materials is becoming increasingly critical.

Crude production from the Permian, Bakken, Eagle Ford and Western Canada have reached record highs at the end of 2019 with production levels reaching 12.8 million barrels per day.

While the vast majority of U.S. crude output is consumed domestically, domestic processing capabilities are reaching capacity, and an increasing segment of production is now moving to export destinations.

The ability of U.S. crude oil to continue to find new markets is critical to the continued growth of and investment in domestic energy production enhancing U.S. competitiveness internationally and creating and sustaining American jobs.

Trafigura is leading the charge both in terms of expanding domestic outlets for U.S. crude production as well as partnering with producers to find international markets for their output. Domestically, Trafigura’s trading teams have been able to successfully provide comprehensive offtake and marketing solutions for each of these resources.

Our long-term pipeline, storage, and dock solutions in the U.S. offer producers the ability to move large volumes of crude oil to the U.S. Gulf Coast. Through our partnerships with two condensate splitters in Corpus Christi, Texas, we are able to process approximately 100,000 barrels per day of domestic U.S. crude oil.

In addition, Trafigura is a market leader in exporting U.S. crude to international markets including Canada, markets in Central and South America, the Caribbean, Europe and Asia.

We continue to make investments to ensure the massive potential of U.S. shale resources can continue to be developed and delivered to their optimal markets.

We have a substantial footprint in Texas, where we gather and transport crude from the Permian and Eagle Ford Basins to our terminals and splitters in Corpus Christi. As the Permian continues to be the growth engine of U.S. production – with crude output currently reaching some 3.1 million barrels per day, a greater volume than OPEC members Venezuela, Libya and Nigeria combined – we continue to invest and commit to expanding infrastructure options out of the Basin.

Our recent agreement with pipeline operator Plains All American Pipeline, one of the largest commitments of its kind to be signed in the U.S., will enable us to receive up to 300,000 barrels of crude oil and condensate per day from this fast-growing region directly via the Cactus II pipeline from Midland in the heart of the West-Texas Permian producing region.

Trafigura’s commitment to domestic energy exports extends throughout downstream to refined products partnering with refiners across the U.S., to deliver gasoline, diesel and other products to an ever-increasing number of countries.

In 2018, Trafigura maintained its established position as a leading exporter of all products from the US, further building its collection and logistics footprint in the Permian Basin of Texas and repeatedly demonstrating its ability to place these cargoes in Asian markets, amongst others, with an attractive netback to producers. We also extended our lead in LNG trading by further growing volumes handled, and by signing a number of term offtake deals including a 15-year sale and purchase agreement with Cheniere Energy.

In February 2020, Phillips 66 (NYSE:PSX) and Trafigura announced that they had formed a 50/50 joint venture, Bluewater Texas Terminal LLC, to develop an offshore deepwater port project located approximately 21 nautical miles east of the entrance to the Port of Corpus Christi.

The proposed project which will be constructed by Phillips 66, consists of up to two single point mooring buoys capable of fully loading Very Large Crude Carriers (VLCCs) to export crude oil. The project is currently in the permitting stage. The joint venture owners expect to make a final investment decision later this year, pending permit approval and customer volume commitments that support the project meeting the owners’ economic return thresholds.

Trafigura has withdrawn its application to develop the Texas Gulf Terminals deepwater port facility that was submitted to the United States Maritime Administration (MARAD) in July 2018.

The Bluewater Texas joint venture combines the unique market position that Trafigura has built in the United States as a leading exporter and marketer of crude oil with Phillips 66’s commercial expertise, existing infrastructure network on the U.S. Gulf Coast, and proven operating experience, including the safe operation of a single port mooring buoy in the United Kingdom since 1971.

The Bluewater Texas joint venture is working with the Port of Corpus Christi Authority to provide a safe and environmentally sustainable infrastructure for the export of crude oil to global markets while benefitting the regional economy. 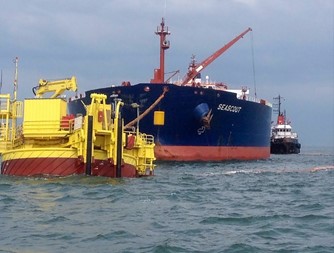 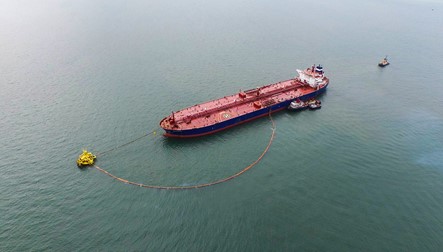 Phillips 66 Tetney SPM which has safely been in operation in the United Kingdom since 1971.

Trafigura is one of the world’s largest metals and minerals traders. We negotiate offtake and supply agreements with miners and smelters and invest in logistics through our subsidiary, Impala Terminals, to improve market access for our clients.

In the U.S., our non-ferrous and bulk division operates from Houston, Texas. We negotiate off-take agreements with miners, smelters and invest in logistics to improve market access for our clients. The company currently sells bulk commodities (concentrates, refined metals, and coal) to a diverse customer base, particularly mining companies, smelters and refined metals retailers, consumers and fabricators.

Impala Terminals, a subsidiary of Trafigura, acquired and began managing the Burnside terminal in Louisiana, U.S. in 2011. Located on the East Bank of the Mississippi River at Mile 169.9, the terminal consists of a site of about 1,100 acres, with a deep water berth and ship loading/unloading equipment. We have refurbished and expanded the facility into one of the top bulk exporting facilities in the United States.

Our state-of-the-art terminal opens an integrated and efficient supply chain route from the United States to international markets through the Gulf of Mexico for our customers in the coal and pet coke producing heartland of the United States.

The facility is capable of loading Capesize class bulk vessels with coal, bauxite and alumina. Burnside has the potential to be the only coal terminal on the Mississippi with the capability to handle ocean vessels, barges and rail, thus allowing rail-to-vessel and barge-to-vessel capabilities.

Trafigura has invested significantly at Burnside to date, demonstrating our commitment to creating the safest and most modern bulk facility in the United States. 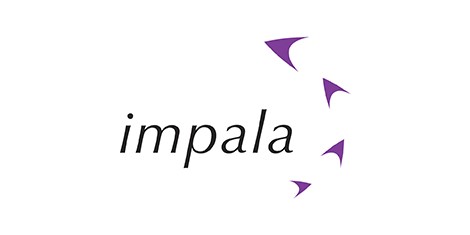 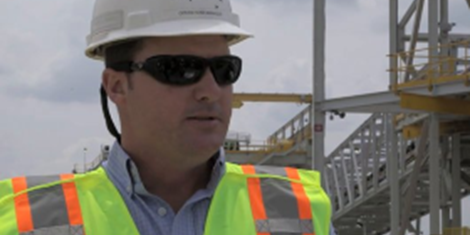 Impala Terminals Burnside, US: Commissioning of the continuous barge unloader

Impala Terminals Burnside, US: Commissioning of the continuous barge unloader

Galena Asset Management is Trafigura Group’s wholly-owned investment subsidiary. Its activity has focused on the Galena Private Equity Resources Fund, which is invested in a number of mining and related assets and offers third-party investors the opportunity to invest alongside Trafigura on an equal basis. The Private Equity Resources Fund was launched in 2012 and became fully invested in 2017.

In the U.S., Wolverine Fuels (previously Bowie Resource Partners), a Utah-based bituminous coal producer, is majority owned by the Galena Private Equity Resources Fund which initially invested in 2013 and was recapitalised and reorganised during 2018 with the appointment of a new management team under externally-hired CEO James Grech. The Fund injected USD13.4 million in Wolverine to improve mine productivity, bringing its total investment in Wolverine since 2013 to approximately USD170 million. In addition Trafigura assisted Wolverine with refinancing its asset-based revolving credit facility, generating USD20 million of additional liquidity. The outlook for 2019 is positive, with coal prices strong and forward sales well hedged. 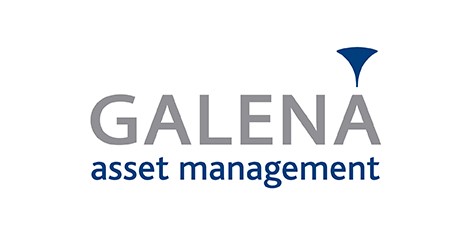 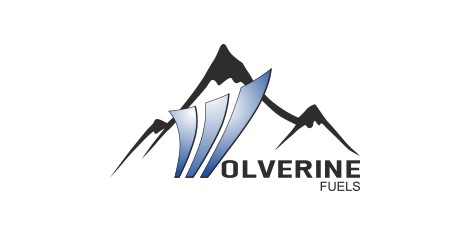 Wolverine produces high-quality, clean-burning coal that is sold to markets throughout the world.

Leadership in the U.S.

Corey is the Director of North America for Trafigura, Head of Oil Trading, and Head of the Houston branch office at Trafigura Trading LLC.

In this role, Corey leads the North American Oil Trading business, which involves managing overall unit performance and defining and executing the region’s trading policy across the oil space. He also manages the business functions of the Houston office and Trafigura’s 240 U.S.-based employees handling transactions in many markets around the world. Trafigura has made a series of long-term investments in Corpus Christi, Texas, including a nearly USD1 billion investment in a premier marine export terminal and condensate splitter.

Under Corey’s leadership, the North American Oil Trading business has undergone significant growth, propelling Trafigura to its current position as the largest oil exporter from the United States. He has helped to position Trafigura to capitalize on and facilitate the growth of Corpus Christi as a hub for U.S. energy exports. Trafigura in 2018 signed a long-term agreement with Plains All American Pipeline, L.P. to transport 300,000 bpd of crude oil from the Permian Basin to the Port of Corpus Christi via the Cactus II Pipeline, one of the largest commitments of its kind to be signed in the U.S. Furthermore, Trafigura signed a 15-year agreement with Cheniere Energy to buy 1m tons of LNG per year, in the first long-term flexible deal between an independent commodities trader and a U.S. producer. He is also leading Trafigura’s development of an offshore deepwater port in the Gulf of Mexico capable of servicing VLCCs.

Corey has been a part of Trafigura since 2011, serving as a trader and later Head of the Gasoline Team in the Geneva office. Prior to joining Trafigura, Corey worked at BP for nearly a decade on the gasoline team where he held regional leadership roles in BP’s Chicago, Los Angeles, London, and Singapore offices.

Corey has a degree in Finance from Bowling Green University, Ohio. He lives in Houston with his wife Stephanie and their three young children. Corey enjoys the outdoors and spends much of his free time training and participating in Spartan Obstacle Course Racing.

Bloomberg, November 21 2018 - Texas is about to create OPEC's worst nightmare

SmallHeroes.org, 2017- Our amazing friend, Corey Prologo, raised over USD100,000 while competing in the Beast Spartan Race on October 27th on behalf of Small Heroes.

TJ was previously a Managing Director in the Commodities and Financial Markets Division at Macquarie Bank, and before this was at Barclays Capital in several leadership roles accessing US capital markets for term loans, high yield bonds, and commodity-linked structured finance solutions for clients in the upstream, midstream and power space.